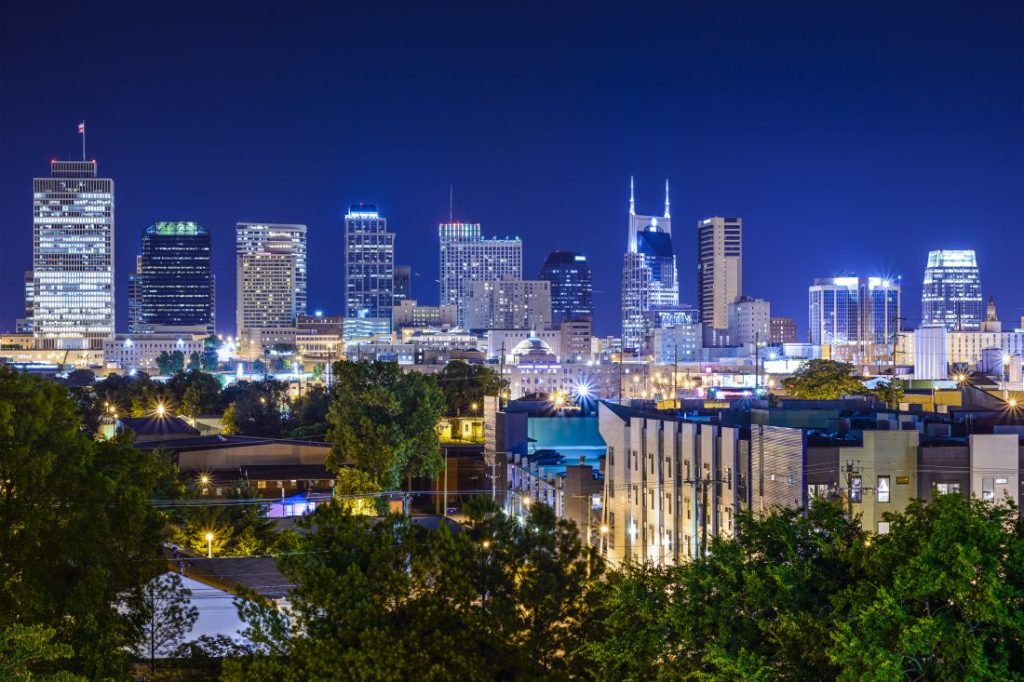 Nashville (Davidson County) is the capital of Tennessee and is currently the second largest city in the state, behind Memphis. Located at the crossroads of I-40, I-65, and I-24, and on the Cumberland River in north central Tennessee, Nashville is home to many healthcare, entertainment, publishing, banking and transportation industries.Davidson County has an estimated population of nearly 700K while Greater Nashville Metropolitan area is projected to be over 1.8 million in the next census.

The Nashville culinary scene has become as expansive and diverse as the recording industry here in Music City. In recent years, Nashville has really made a statement as a foodie city offering classic southern dishes to vegan cuisine and everything in between.
Nashville is thriving as a shopping mecca in Middle Tennessee. Here you will find the best in record stores, artisanal collections, antiques, boutiques, designers and more.

For information on public transportation in Metro Nashville, see the link below.
Nashville Metro Transit Authority

This site uses Akismet to reduce spam. Learn how your comment data is processed.